Lots of people have asked me, "What do you do during the day at a Star Party?"

While most folks probably slept, I spent a couple of hours each morning sipping tea and appreciating the gorgeous sunrises and wide open skies.

I also found a shady spot not too far from my tent with a great view of the water and my own little patch of white sand. It was a great place to cook lunch, write and enjoy the lake. When you are used to packing for a family, preparing to camp by yourself is blissfully unencumbered.  The NSP offers optional catered dinners for $10 each night, so I happily mailed in my check and figured I could wing the rest of it. 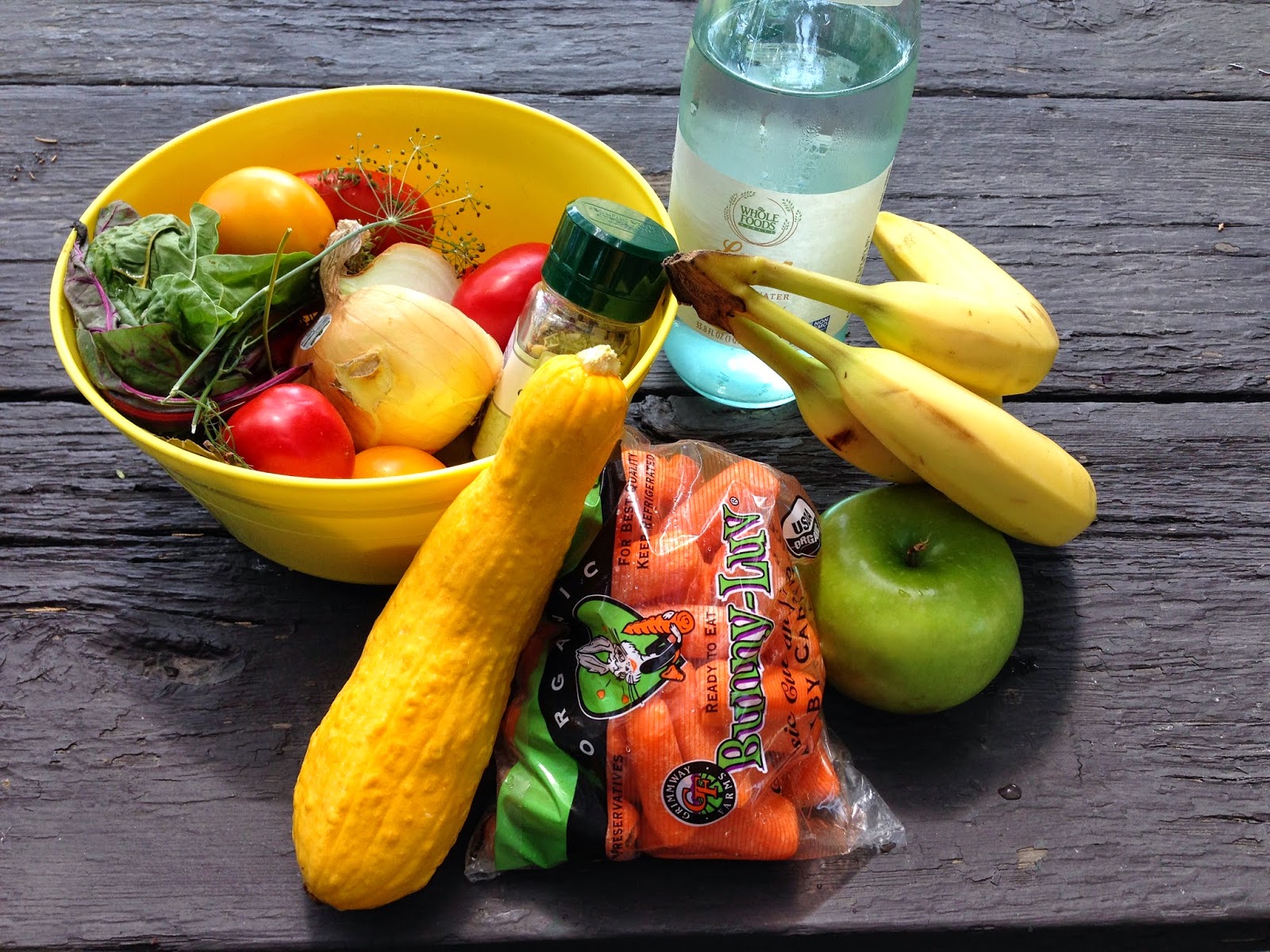 Our garden is overflowing with tomatoes, onions,  swiss chard, summer squash and herbs so I loaded up a bowl of those, threw in a jar of lentils and a box of chicken broth and had 3 days of lunches covered.  A few extra fruits and vegetables, a bottle of lemon sparkling water (and one, tiny, flight- sized bottle of salty watermelon vodka), and I was set for camp. 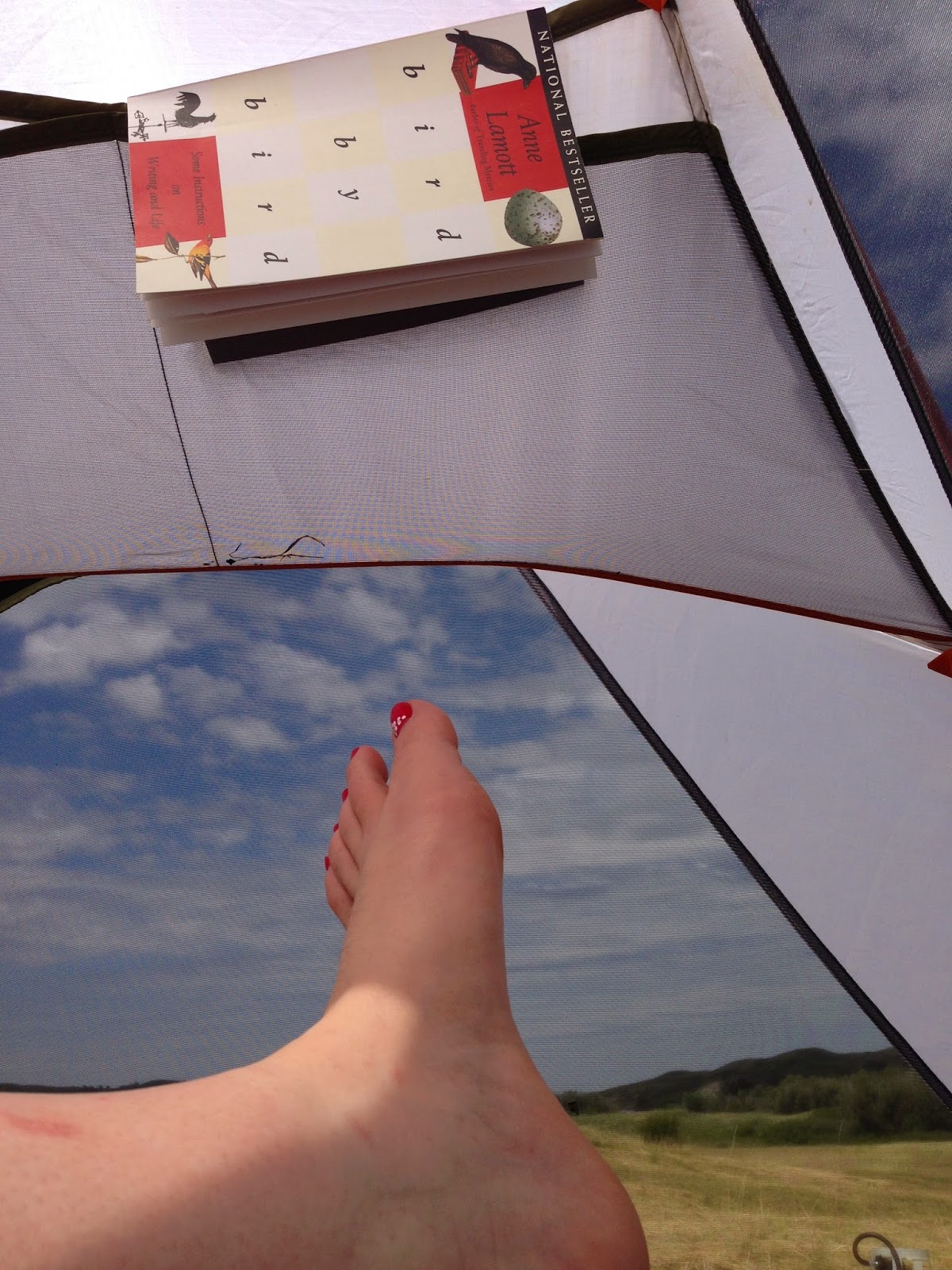 There may have been that one blazing hot afternoon, hypothetically of course, before I discovered the shade down the hill, that I may or may not have sacrificed 19% of my iphone battery to text this photo and message to my friend as an SOS of sorts:  This may or may not be my view as I lay here in my swimsuit top and underwear pondering life while sweltering in this tent to avoid the buzzing, biting insects that are plotting how to get in here.


That book?  Bird by Bird by Anne Lamott.  If you want to write - write more, write better, write at all - you should read it. From page xii: "One of the gifts of being a writer is that it gives you an excuse to do things, to go places and explore. Another is that writing motivates you to look closely at life as it lurches by and tramps around."

Remember that whole pit toilet thing?  Well, there was a one seat wonder to serve about 250 people. And it was 300 yards from my tent, through a cactus minefield.  And it was apparently built before adequate pit toilet ventilation was perfected.  And I have a very strong gag reflex for smells.  So what's a girl to do?

Improvise.  Use the leftover cup from Subway you found in the car.  Hide behind your vehicle.  Take the 10 minute drive over to another campground that not only has flushing toilets, but also coin operated showers.  It turns out you can wash up, brush your teeth and even do your dishes all for 75 cents during a 4 minute shower.  Who knew?! You could also try not to covet the portable bathroom tent of your neighbor up the hill. In the only conversation that filtered down the hill, I heard a woman's voice say, "I just told him.  Pit toilets are a deal breaker. And he bought it."

Suffice it to say, those whose anatomy allow them to pee standing up have a distinct primitive camping advantage. And while pit toilets might be a deal breaker, squatting beside your car in the dark, dark night while everyone is looking up at the sky and not at you, is not.

Up next:  The other thing you do during the day - Beginner's Field School.